Safety Alert: Is Whole of Iraq a Red Zone

Are you going to travel to Iraq? Are you sacred about the situation prevailing in Iraq? Have you decided to hire a security service company in Iraq for your safety?

“I have travelled to Iraq.” This is the very sentence which can easily create a scary look on anybody’s face that reads the newspapers or is a mediaholic. Once or twice a week, there is always news flashing on the television or the newspaper telling us about bomb blasting, murder or terrorist attacks happening in Iraq. People often get knee-jerk reactions when they hear country names like Iraq!! 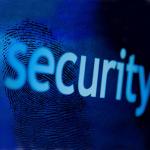 It is the mainstream media, be it the printing media or the television or the internet, they are responsible for depicting such a false image of modern Iraq. While giving news, the media neglects the fact that whole of Iraq is not echoing with bomb blasts or is under terrorist attack. Nearly two-thirds of the country is sound and safe.

The safe regions include the south regions of Iraq and the Iraqi Kurdistan. These areas do have bombings and other violent situations, but they are very little, not even worth mentioning. Name one place in the world that is totally safe. You’ll never find a single name. You can even get robbed while walking down the streets of the New York City. Many incidents have proved that. You can check it on the internet!

Although Kurdistan is a part of Iraq, but they have completely separate affairs from Iraq. They their own central government which has taken self-governance to the next level, and they have their military and immigration separated also.

The safe Iraq; the green zone: a place full of activities, shopping, people, meetings, kidnappers and bombs. But most of the crime committed is non-violent. The police and soldiers are highly alert and people can move here and there in relative security. Life is quite normal here. Shia pilgrims visit their holy places in complete peace. In fact, a large number of foreign Shias also visit Karbala every time of the year.

Now key rules while travelling in Iraq; don’t try to touch thru red zone areas if you are concerned about your security. The most important thing is to keep you aware of the surroundings as the situation can change very quickly especially in such controversial areas like Iraq. The Kurds are very hospitable, very warm, very honest people. Trust them while they tell you something about the area.

If, still, you have doubt about Iraq’s green zone security, and travelling to Iraq is a must for you, then you can contact Harlow International, the international security service company in Iraq. Within the group they have two international security and risk management companies that provide exclusive personal and technical security support for those living, travelling and working in the challenging environment of Iraq. They offer peace of mind for a sound travel you are longing for.